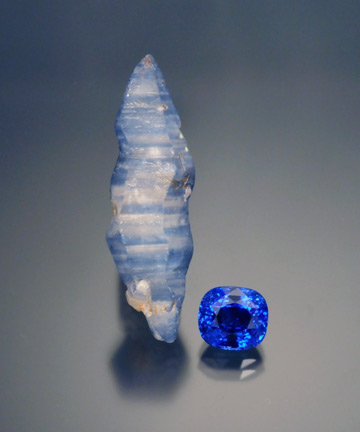 Blue is the main colour of the Sapphire. This colour, strongly linked to the sapphire as it is, with feelings of sympathy and harmony, friendship and loyalty: feelings which belong to qualities that prove their worth in the long term – composure, mutual understanding and indestructible trust. A colour that is constant and reliable. The sapphire symbolises loyalty, but at the same time it gives expression to people's love and longing.

The Sapphire belongs to the Corundum group (9 on the Mohs scale) and their hardness is exceeded only by that of the diamond (10).

The gemstones in the corundum group consist of pure aluminium oxide which crystallised into wonderful gemstones a long time ago as a result of pressure and heat at a great depth. The presence of small amounts of other elements, especially iron and chrome, are responsible for the colouring, turning a crystal that was basically white into a blue, red, yellow, pink or greenish Sapphire. However, this does not mean that every corundum is also a sapphire.

A blue Sapphire fits in best with a well balanced lifestyle in which reliability and temperament run together and there is always a readiness to encounter things new. In the trade, Sapphires which are not blue are referred to as 'fancies'. In order to make it easier to differentiate between them, they are referred to not only by their gemstone name but also by a description of their colour. In other words, fancy Sapphires are described as yellow, purple, pink, green or white sapphires. Fancy Sapphires are pure individualism and are just made for lovers of individualistic coloured stone jewellery.

The orange variety with a fine pink undertone which bears the poetic name 'padparadscha', which means something like 'lotus flower'. The star Sapphires are another rarity, half-dome-cut sapphires with a star like light effect which seems to glide across the surface of the stone when it is moved.

Sapphires are found in India, Burma, Ceylon, Thailand, Vietnam, Australia, Brazil and Africa. From the gemstone mines, the raw crystals are then Faceted. Depending on the angle from which you look at them they also have different colours and intensities of colour. So it is the job of the Faceter to orientate the raw crystals in such a way that the colour is brought out to its best advantage. 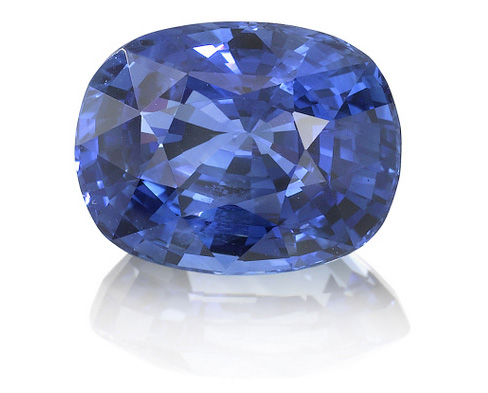 Specialists and connoisseurs regard the Kashmir colour with its velvety shine as the most beautiful and most valuable blue. These magnificent gemstones from Kashmir, found in 1880 after a landslide at an altitude of 16,000 feet and mined intensively over a period of eight years, were to have a lasting influence on people's idea of the colour of a first-class Sapphire. Typical of the Kashmir colour is a pure, intense blue with a very subtle violet undertone, which is intensified yet more by a fine, silky shine. It is said that this hue does not change in artificial light. But the Burmese colour is also regarded as particularly valuable. It ranges from a rich, full royal blue to a deep cornflower blue.

The oldest Sapphire finds are in Ceylon, or Sri Lanka as it is known today. There, people were already digging for gemstones in ancient times. The specialist recognises Ceylon Sapphires by the luminosity of their light to mid-blue colours. Having said that, most blue Sapphires come either from Australia or from Thailand.

With stones of very fine quality, size, colour, transparency and the origin of the gem also plays a major role. Neither is the colour itself necessarily a function of the geographical origin of a Sapphire, which explains the great differences in price between the various qualities. The most valuable are genuine Kashmir stones. Burmese Sapphires are valued almost as highly, and then come the Sapphires from Ceylon.

In Madagascar a gemstone deposit covering an area of several miles was found in the south-east of the island. Since then, not only have there been enough blue Sapphires in the trade, but also some splendid pink and yellow Sapphires of great beauty and transparency. Meanwhile, experts in Tanzania have also found initial evidence of two large-scale gemstone deposits in the form of some good, if not very large Sapphire crystals coloured blue, green, yellow and orange. And the third country to register new finds recently was Brazil, where sapphires ranging from blue to purple and pink have been discovered. So lovers of the Sapphire need not worry: there will, in future, be enough of these 'heavenly' gems with the fine colour spectrum. Top-quality sapphires, however, remain extremely rare in all the gemstone mines of the world.

We have a range of beautiful, necklaces, bracelets and faceted gemstones for sale within our shop. Examples of Blue Sapphire are shown below. Please click on the "Online Shop" button below to review. 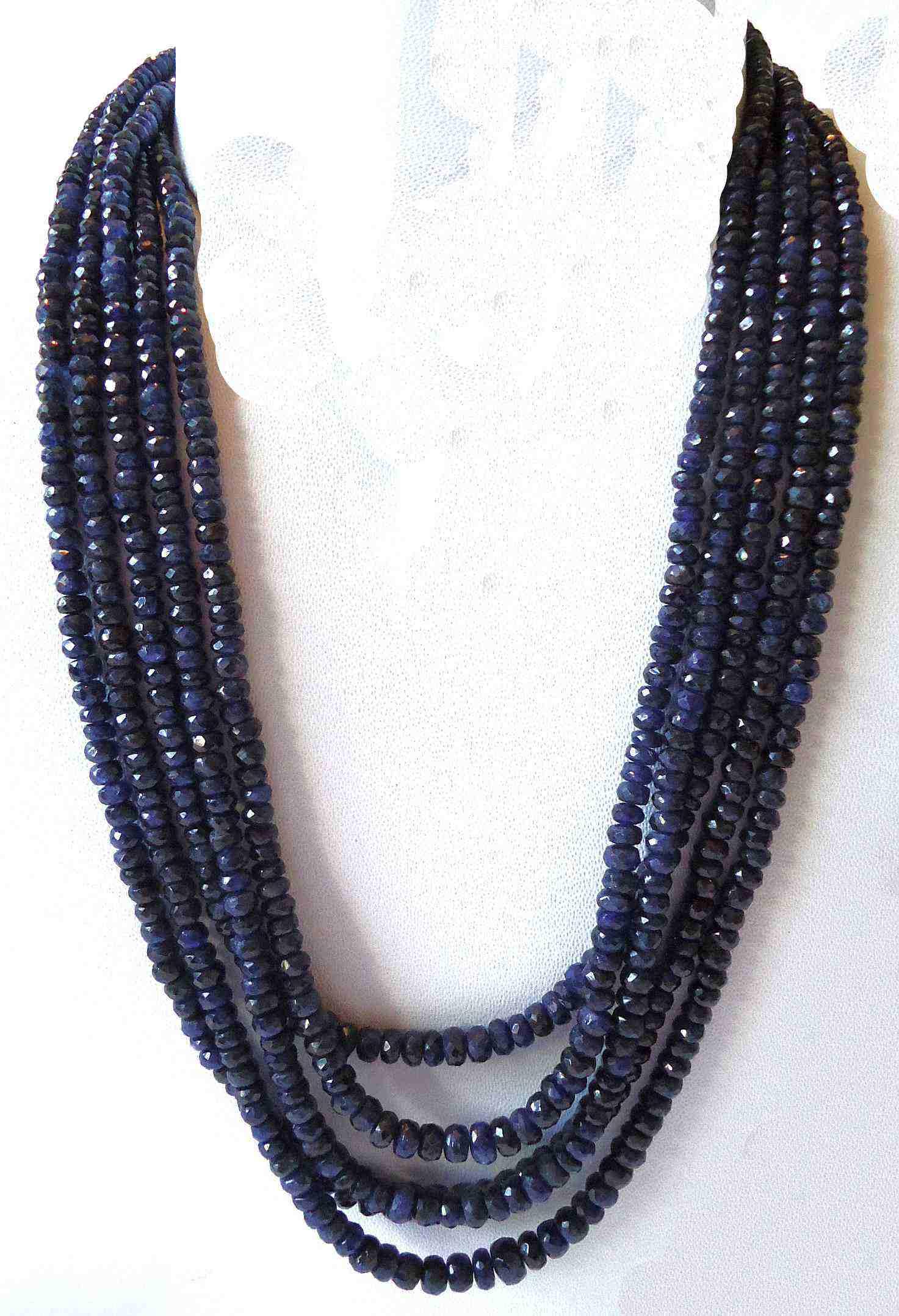 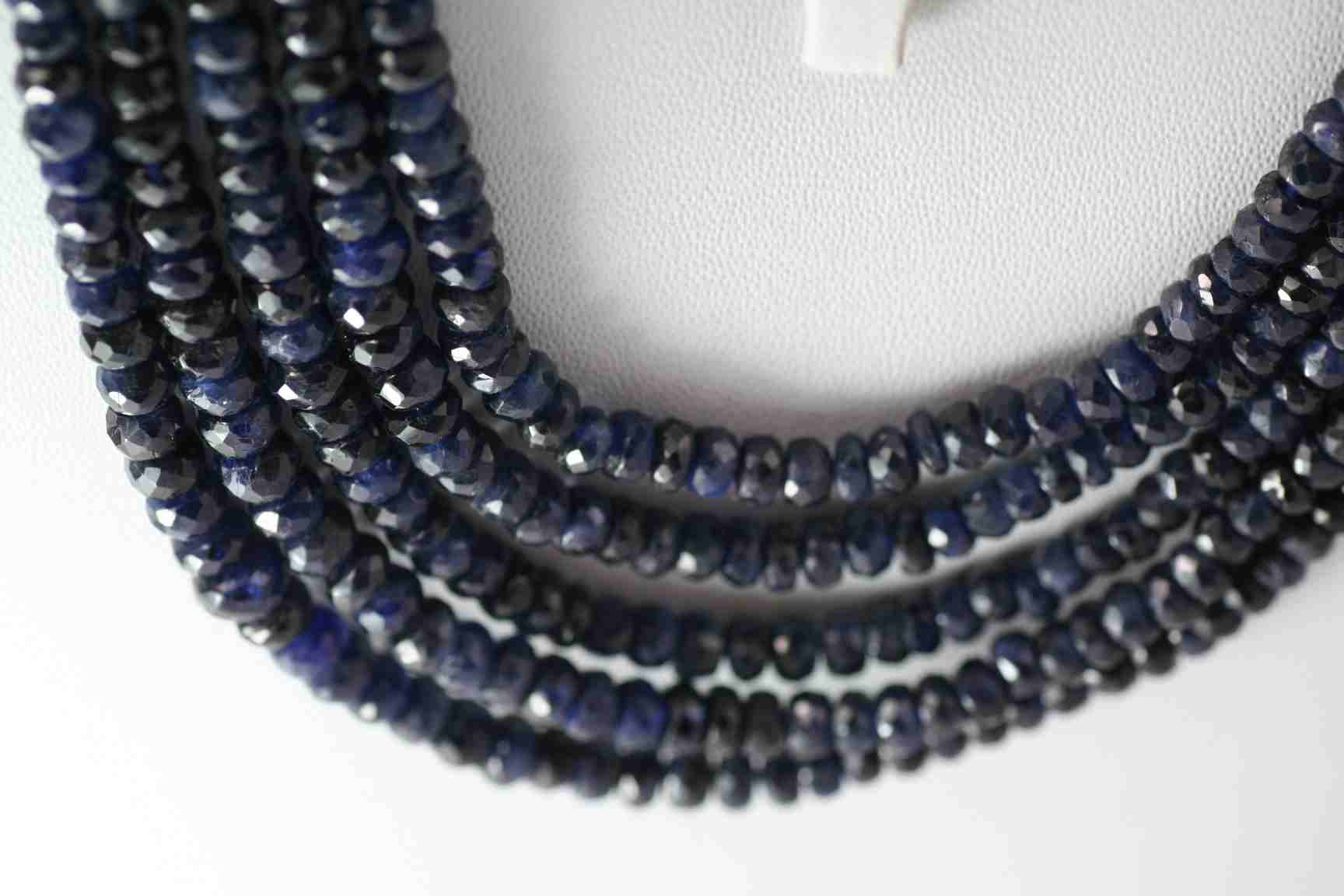 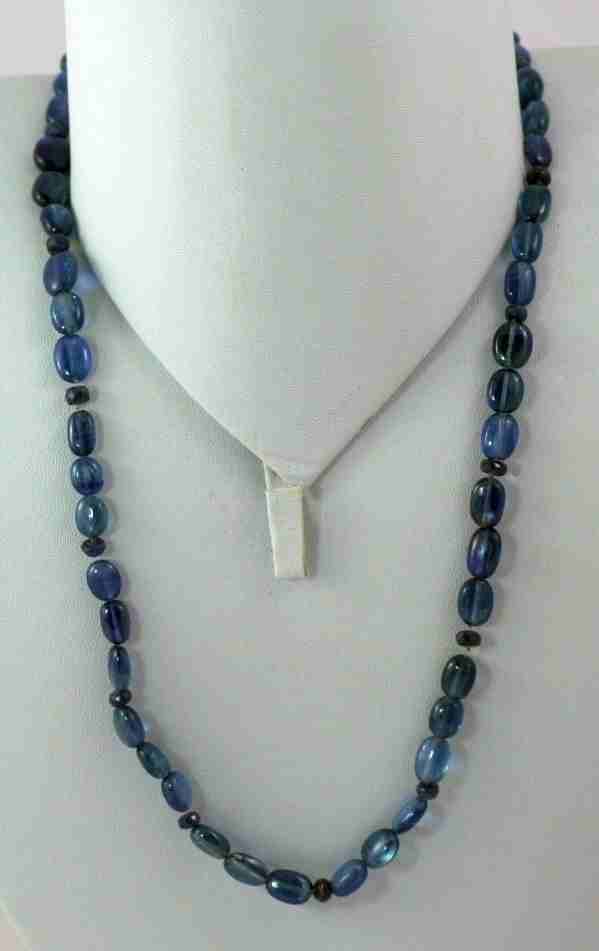